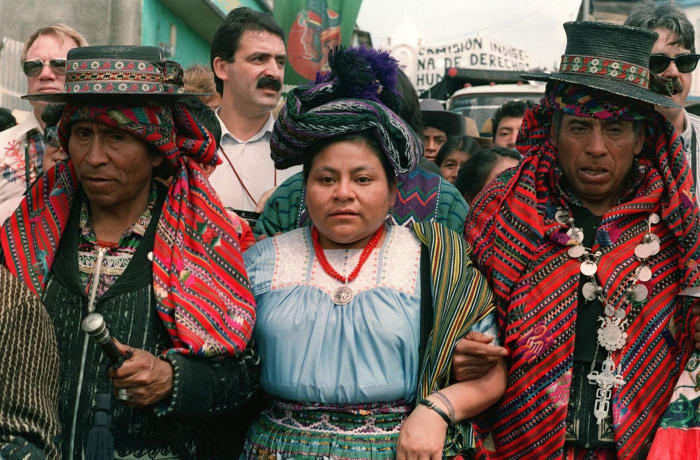 Rigoberta Menchú is Guatemalan human rights activist. She won the Nobel Peace Prize in 1992 for her fight to defend indigenous and human rights in her country.

Dandara was a Brazilian warrior who knew capoeira and fought many battles to defend Palmares (present-day Alagoas, Brazil), a place where slaves who managed to escape, would settle. Not much is known about her life, but she had a big role in the fight against slavery in colonial Brazil. She was also the wife of Zumbi, one of Brazil's of anti-slavery pioneers.

Policarpa, also known as La Pola, was a spy for the pro-independence Colombian forces. She was killed by a firing squad at the hands of the Spaniards. She is considered a symbol of courage and freedom.
4. Manuela Saenz 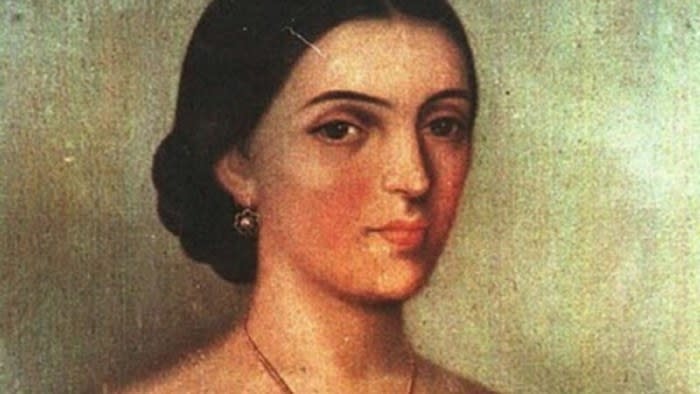 She was an important figure in South America's fight for independence and Simon Bolivar's lover. She was known as the "Libertadora del libertador" (the liberator's liberator) after saving Bolivar from an assassination attempt. Manuela confronted the men trying to kill Bolviar, while he fled through a window.

Also known as "Monja Roja del Mayab," she was a feminist activist who fought for women's rights. She founded various feminist leagues which helped women with family planning programs, prenatal, and postnatal care. She also shared material from Margaret Sanger, who would later found the American Birth Control League, known today as Planned Parenthood. In 1923 she was elected as a member of Yucatan's congress, making her the first Mexican woman to hold a position of this nature.

She is one of Argentina's most beloved, yet controversial figures. She was first lady of Argentina and played an important role in granting Argentine women the right to vote in 1947, and getting more women involved in politics.

She was the heroine of the independence of Upper Peru (present day Bolivia). After her husband's death, she took control of the troops and achieved significant military victories.

She became the first Dominican woman physician in1909. She treated poor people for free or for very little money, and handed out medicine for free. She was family planning advocate, and risked her life multiple times by clashing with dictator Rafael Trujillo. 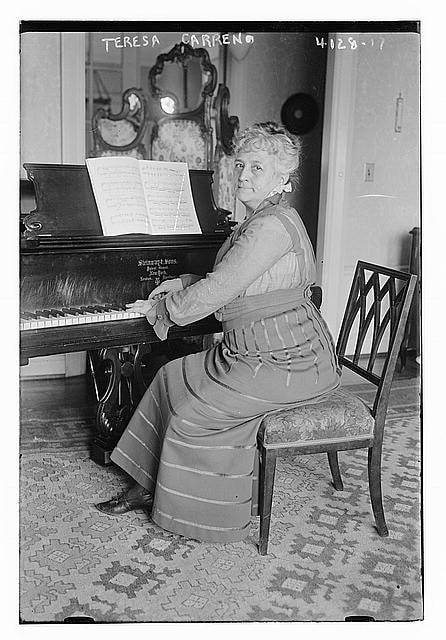 She made an impact in the world as being a talented pianist. She was only nine years old when she performed her first concert in New York. She would later play at the White House for President Abraham Lincoln.

Hermila Galindo was a pioneer in the feminist movement in Mexico, and made defending women's rights the basis of her political career. She founded the feminist seminar The Modern Woman, which promoted the development of women and defended their position in the social structure. She fought for secular education, sex education and women's right to exercise their sexuality.

Eulalia Guzmán was the first female Mexican archaeologist. Guzmán was responsible for collecting a large amount of information on pre-Hispanic Mexico that determined historical details about the country.

The Mirabal sisters (Patria, Minerva, and Maria Teresa) courageously opposed the dictatorship of Rafael Leónidas Trujillo in the Dominican Republic. They never gave up the fight dictatorship until the day they were assassinated by orders of Trujillo. Trujillo thought getting rid of the sisters would benefit him, but things didn't go as he planned. Their assassination angered Dominicans and it is believed it contributed to the assassination of Trujillo one year later.

Anabel Hernández is a Mexican journalist and author of the book, "Los señores del narco", which details the complicity between organized crime and the Mexican government, the police, the army, and different businesses. Hernandez has received numerous death threats since her book was published.

A writer, journalist and important figure in Mexico's feminist movement. She became interested in the social position of women from a young age. Wright expressed her ideas in a range of publications of the time, and founded the first feminist magazine in Mexico, Violetas del Anáhuac.

Isabel Allende is a Chilean writer, who is famous for her novels. Allende has sold more than 57 millioncopies, and her work has been translated into 35 languages. In 2014, she received the Presidential Medal of Freedom from President Barack Obama.

16. The Grandmothers of the Plaza de Mayo

The Grandmothers of the Plaza de Mayo is an Argentine human rights organization dedicated to locating and returning all of the children who were kidnapped or stolen and illegally adopted during Argentina's dictatorship (1976-1983). They have been able to find 120 of the disappeared children. They received five nominations for the Nobel Peace Prize between 2008 and 2012.

She was of the Mexico's first female journalists in Mexico and a key player in the fight for independence from Spain. Leona was party of a correspondence network called "Los Guadalupes," and she the newspaper El Ilustrador Americano to write secret codes for revolutionaries. She was discovered and threatened with a life sentence in prison if she didn't give up who she was working with. Leona chose to go to prison, but was quickly rescued by her colleagues and disguised as a beggar in order to escape.

Gabriela Mistral, was one of the most important figures in Chilean literature. Mistral was the first Latin American women to receive the Nobel Prize in Literature in 1945.

Damas de Blanco is a Cuban movement that fights for the freedom of men and women who are unfairly imprisoned in Cuba. They were recently featured in a documentary by the Human Rights Foundation.

She was a spy and fought for Peruvian independence. They called her "La protectora" (the protector) because she was José de San Martin's lover, who was known as "El protector del Peru" (Peru's protector). Rosa became a spy by using her social status to get information.

Vargas was an iconic ranchera singer with a unique, raspy, melancholic voice. She was a rebel from a young age. She dressed like a man, smoked tobacco, drank a lot, carried a gun, and was famous for her characteristic red poncho. She was one of Pedro Almodovar's favorite singers, and muses. In several interviews she declared that she would like to die on a Sunday and have her funeral take place on a Monday or Tuesday "so it wouldn't ruin anyone's weekend".

Marielle was a Brazilian councilwoman and activist who advocated for the LGBT community, Afro-Brazilians, women, people in the favelas, and many other marginalized groups. She was also an outspoken critic of policy brutality. She was assassinated in Rio de Janeiro after leaving an event called “Young Black Women Who Are Changing Power Structures.” Thousands of people took to the streets of Brazil to protest and demand justice.

Frida Kahlo was a Mexican artist who used art as a way to express her suffering and the physical struggles she endured after surviving a bus accident when she was 18 years old. In 1939 she exhibited her paintings in France after being invited by André Breton. One of her works became the first painting by a Mexican artist to be acquired by the Louvre Museum.
Content from BuzzFeed