“Rescuing an animal has become a badge of honor. People proudly go to dog parks and walk around their neighborhoods talking about the animal that they rescued from a shelter”

Spaying and neutering are now the norm, and rescue adoption is growing in popularity
October 10, 2009 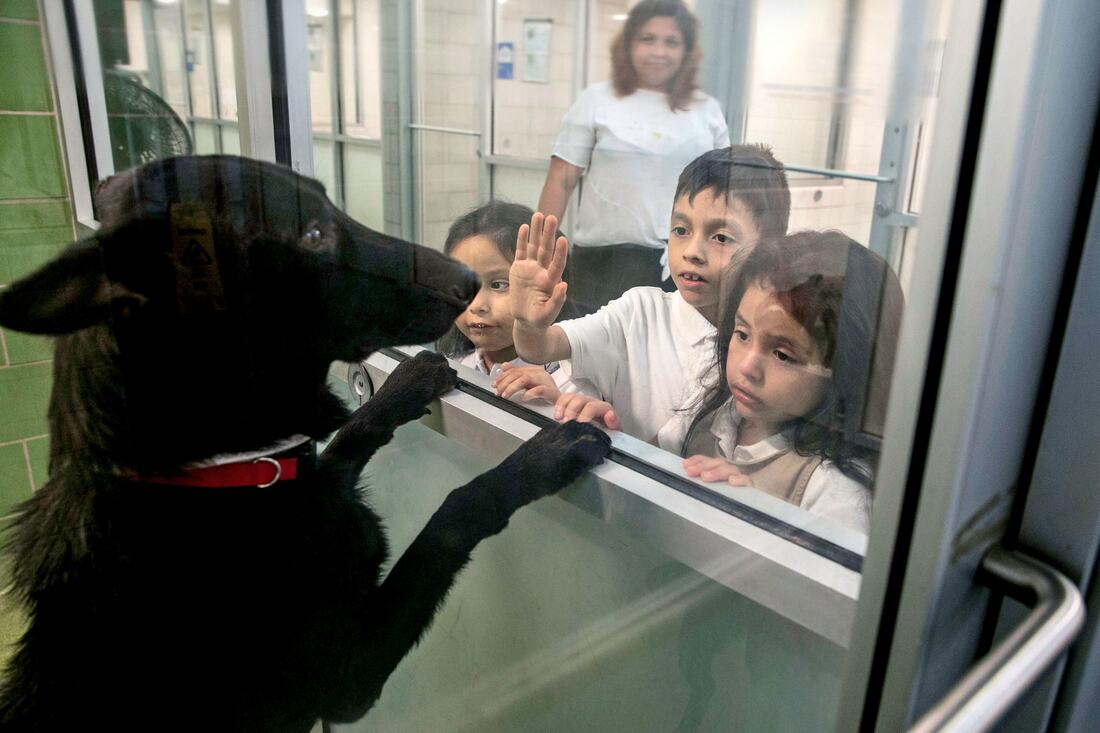 By Alicia Parlapiano
When a lost, stray or abandoned pet entered an American city’s animal shelter 10 years ago, there was a good chance it would not leave.

But in a quiet transformation, pet euthanasia rates have plummeted in big cities in recent years, falling more than 75 percent since 2009. A rescue, an adoption or a return to an owner or community is now a far likelier outcome, a shift that experts say has happened nationwide.

The New York Times collected data from municipal shelters in the country’s largest 20 cities, including two in the Los Angeles metro area. Many of the shelters do not track outcomes uniformly or make historical data readily available online. Untilrecently, there has not been a concerted national effort to standardize and compile shelter records.

Animal welfare experts tend to agree that since the 1970s, the number of stray animals entering American shelters has decreased sharply — the result of a successful push to promote spaying and neutering of pets (remember Bob Barker’s sign-off?).

A recent paper in the journal Animals found that up until about 2010, the drop in shelter euthanasia tracked very closely with the drop in intake. After that, the authors wrote, it appeared that adoptions helped to further drive down euthanasia rates.

Nearly all of the shelters in the Times analysis increased adoptions over the 10-year period surveyed.
“Rescuing an animal has become a badge of honor,” said Matt Bershadker, the president and chief executive of the American Society for the Prevention of Cruelty to Animals. “People proudly go to dog parks and walk around their neighborhoods talking about the animal that they rescued from a shelter.”

Many of the animals rescued are transported north from Southern states with higher rates of euthanasia. The A.S.P.C.A. alone relocated 40,000 animals in 2018.

Most of the shelters in this analysis also continue to reduce the number of animals they take in. Programs to spay/neuter and release community cats are one factor. There has also been a rise in programs helping people resolve problems — like landlord disputes and unaffordable vet care — that might otherwise compel them to give up their pets.

These trends reflect the professionalization of the shelter industry. Its members attend conferences and have their own magazine and veterinary specialization. Shelters increasingly use data to direct their resources, and they collaborate with a growing network of rescue groups and volunteers to fill in the gaps.

Many shelters have been pushed along by no-kill advocates, who oppose euthanizing any healthy or treatable animal, often using a 90 percent “live release” benchmark.(A live release rate is essentially the inverse of the euthanasia rate, though not every shelter calculates it the same way.)

In part because of the success of the no-kill movement, many shelters in the nation’s largest cities euthanize only the most ill or aggressive animals.

The movement’s critics agree that it has helped decrease euthanasia, but they point to examples of no-kill shelters in which animals have suffered in poor conditions or were released to families despite having exhibited dangerous behavior.

The challenge is to find a middle ground between euthanizing as few animals as possible, ensuring that those in the shelters don’t endure overcrowding or the spread of disease, and providing animal control for public safety.

The municipal shelter in Austin, Tex., which boasted a 98 percent live release rate in 2018, reported sheltering more than 800 animals at the end of June, more than double the number of kennels available. A shelter representative told a local ABC affiliate that while the shelter is “doing work that no one else has done” in terms of live release rate, it is “reaching a breaking point.”

The animal shelter in Dallas places more emphasis on not going above capacity, which can occasionally mean euthanasia for some animals that could be adopted. But there is still much less euthanasia than there once was (a rate of 65 percent in 2012).

Then, in May 2016, a homeless veteran, Antoinette Brown, was mauled to death by a pack of dogs in South Dallas.

Public outcry led the city to bring in consultants, who determined that there were about 8,700 loose dogs roaming city streets, contributing to more than 1,600 dog bites in the city that year. The dogs were almost exclusively found in low-income South Dallas neighborhoods, where only 15 percent of them were spayed or neutered.

But in just three years — after a shelter overhaul by the Dallas Police Department; the adoption of a mandatory microchipping law; a renewed push for spay and neuter; and the hiring of a new director — Dallas has managed to decrease euthanasia while also increasing the number of dogs it removes from the streets.

“You can do both, and you can do it responsibly,” said Ann Barnes, who runs the shelter’s field office. “I don’t think that a municipal shelter should risk public safety” to increase the live release rate. “That’s not what we’re for,” she added.

Bites from loose dogs in Dallas are down 12 percent compared with last year. More strays are being returned to their owners, and more adoptions are happening inside the shelter. Rescue groups continue to transfer animals to areas with higher demand, but the city now reserves some smaller and more sought-after dogs (think Yorkies) for people coming in the front door.
​
As a result, Dallas has hovered around a live release rate of 85 percent to 90 percentthis year.
On a recent weekday in August, a 10-day-old tabby named Chevy napped in an incubator in the shelter’s kitten nursery. Neonatal kittens without a mother are difficult to care for, but if all goes well, the shelter will be a brief stop between the place he was found — inside the engine of a Chevy — and a permanent home.
Content from The New York Times