“It’s the beginning of a new movement,” Flavia Wasserfallen, a member of  Swiss Parliament 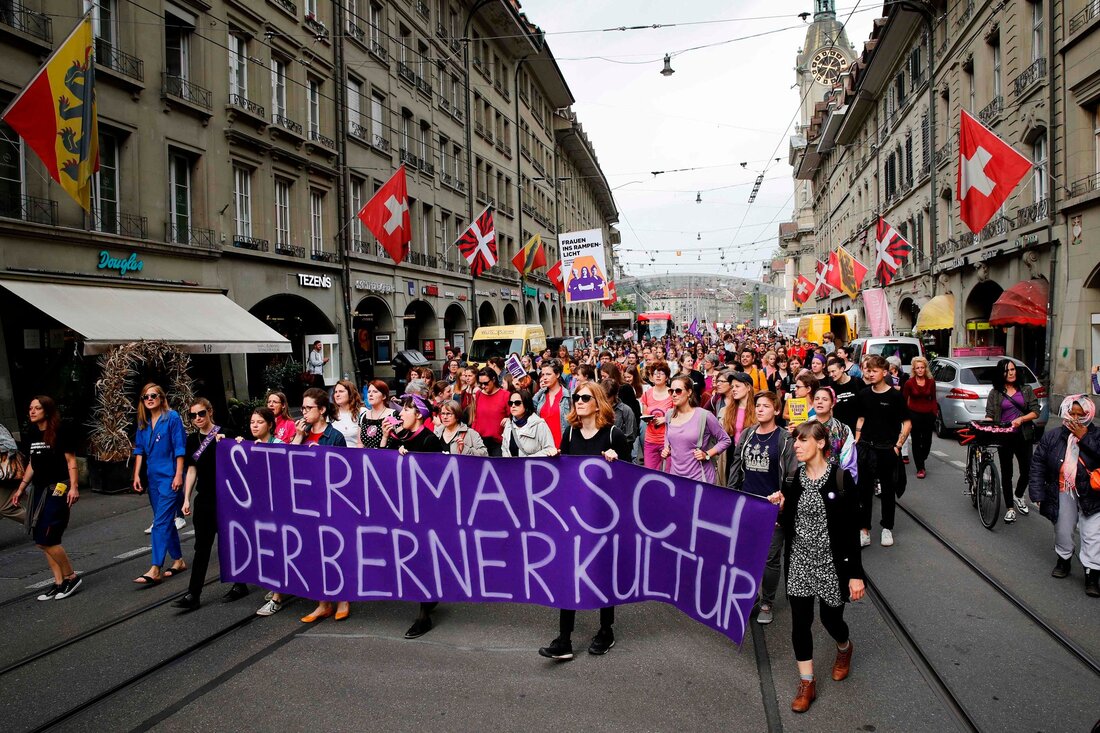 July 3, 2019
Thousands of women rallied across Switzerland on Friday, June 14, railing against the slow pace of correcting inequalities between the sexes.

Swiss women turned out by the thousands on Friday for a nationwide strike and demonstrations signaling their frustration over deep-rooted inequalities in one of the richest countries in the world.The women skipped work and shunned household responsibilities for the day to join in protests calling for equal pay, recognition of their work and greater representation in the halls of power.

Crowds gathered outside the Federal Assembly in Bern, closed off roads in Central Zurich and marched through the streets of Geneva in a protest movement that included demonstrations large and small in all of Switzerland’s major towns and cities.

The strike came 28 years to the day after the first national work stoppage by Swiss women allowed them to vent their anger at the slow pace of change in the country.

“There is a long line of women who have fought before us, and a lot of work lies ahead of us,” Rahel Lüthy, 43, who lives in the rural village of Bennwil, said in a telephone interview as she made her way to Friday’s protest in Basel with her 13-year-old daughter, Filipa.

“We must fight for equal pay, fair distribution of care work, abortion rights, zero tolerance for domestic violence, and more,” Ms. Lüthy added. “And most importantly: We must smash the patriarchy!”

The campaign — known variously on social media as Frauenstreik (women’s strike, in German) and Grève des Femmes (the French version) — began early in the morning. Shortly after midnight, Lausanne Cathedral, in west Switzerland, was lit up in purple, a color often associated with women’s suffrage and campaigning for gender equality. On the streets below, crowds chanted, whooped and banged drums.

Thousands of women dressed in that color gathered for rallies in Switzerland’s main cities throughout the day, reaching their peak at 3:24 p.m., the symbolic time of day when, because of salary inequalities, women’s earnings are calculated by the march organizers to effectively end for the day though they continue working free.Organizers worked for a year preparing for Friday’s strike and appeared to have mobilized broad support, attracting trade unions, university staff members, students, church groups and female farmers to the march.

“It’s the beginning of a new movement,” Flavia Wasserfallen, a member of Parliament for the left-leaning Social Democratic Party, said, predicting Friday’s protests would raise the profile of women’s issues in federal elections in October and would most likely see more women winning seats in Parliament.