“For in the true nature of things, if we rightly consider, every green tree is far more glorious than if it were made of gold and silver.”-- Martin Luther King

This man lives for the trees. He cares for the 40,000 trees he planted, as if they were his own children 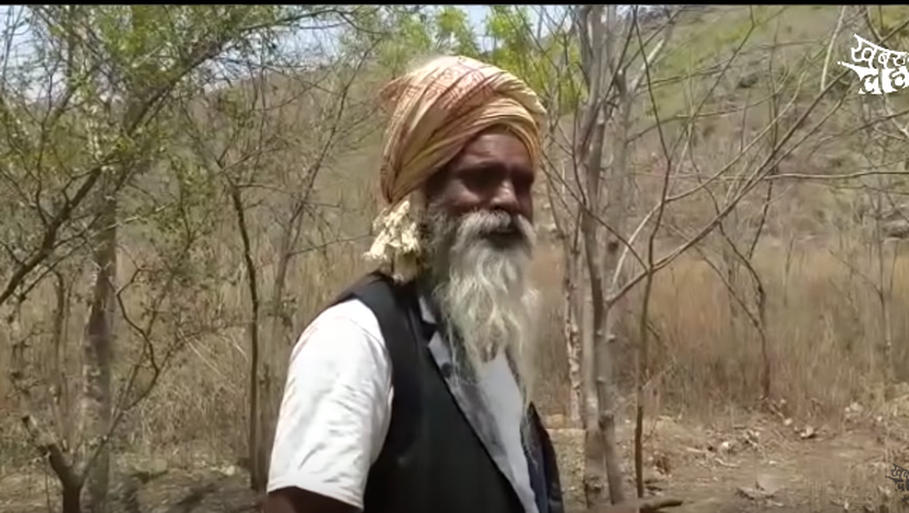 It was a tragedy that led to this life-changing decision. He says, “Earlier, I did not have a purpose. I got married, and as was expected, had three children. But in 2007, my wife and three children passed away due to illness and I was all alone. I decided that I would live only for the sake of others and not for myself.”

He began a tree plantation drive on the fallow land near his village of Bharatpur, in the Karbi block of Chitrakoot district, Uttar Pradesh.

How did a single person’s efforts lead to a forest spanning five acres in Bundelkhand, a region notorious for its arid geography, sparse rainfall, and decade-long droughts?

He answers, “It was my father’s wish that I plant five Mahua trees before I died. He taught me to plant and nurture trees, although he could not afford to send me to school. I wanted to follow his advice but could not use my land for this because I feared any descendants might chop off the trees.”

So, he decided that if anyone came to him with a request, he would plant trees for them on their land.

Eventually, he zeroed-in on unused land of the Forest Department. It was fallow land, that had been abandoned after previous plantation drives. The department did not object to Bhaiyyaram’s initiative but gave him some saplings.
In due course, five trees became 40.

Lack of official support was not the only problem. There was no water source. He got water from a nearby village in two boxes of 20 kilos each, with a rope slung from his shoulders. At least four such trips had to be made every day.
It has been an 11-year effort to bring this forest to scale.

Over this time, caring for these trees has become his primary occupation, taking up most of his time. He built a hut inside the forest to guard the trees day and night. This has also reduced his contact with the villagers and the outside world.
Living in the jungle, he also grows grains and vegetables on a small plot of land, produce that suffices for his sustenance. Apart from this, he has no other source of income.

On asked whether he earns any income from their fruits, he says, “A tree is fully grown in 20 years, yields fruit in five, and gives back its loan in ten years. Now, they are still children. When they become older, I may earn.”

Whatever fruit is yielded, is eaten by birds. The large variety of trees like Mahua, Aura, Imli, Sagwan, Neem, Bel, and Anar attract many birds.

Does he hope for some return or recognition from the government? He answers, “I would like some help from the authorities. A bore well could be installed for better upkeep.”

This has been his oft-repeated request to successive governments and authorities. The Divisional Magistrate (DM) of Chitrakooot had also promised him but more than a year has passed since.

He has a lot to say on government apathy, “On the occasion of Environment Day, the government spends lakhs of rupees in every district for tree plantation drives. But, after this, nobody looks back at them and leaves the saplings to die. When there are individuals who are willing to spend their time and resources to take care of trees and conserve the environment diligently, the government doesn’t pay any heed, which demoralises them.”

As far as tree plantation is concerned, he says, “Lagane wale bohot hai, bachane wale nahi. (There are many who plant, none to conserve).”

Although he has managed to grow and nurture 40,000 trees, he has bigger plans, “If I get some official support and regular water supply, I would like to increase the number of trees to 40 lakh. These are my life, and till my death, I want to take care of them.”

His message through his life’s work is to teach people to not cut trees. There are many who attempt to cut trees and steal the timber and Bhaiyyaram has to be alert at all times. This has raised the question of who would be responsible for the trees after him.
​
He concludes, “Right now, the responsibility is mine, and after my death, others may come and care for them or even cut them, who knows? But as long as I am alive, nobody can.”
(Edited by Shruti Singhal)
Content from The Better India