“Big, rich companies shouldn't be making toys out of plastic at all.” - Ella and Caitlin McEwan, ages 9 and 7 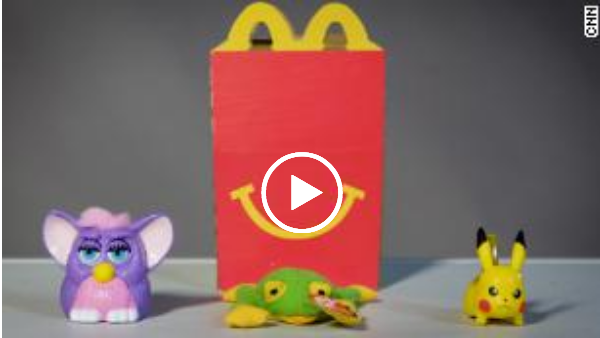 July 24, 2019
Sisters Ella and Caitlin McEwan, ages 9 and 7, started a petition to call on the fast-food giants to stop putting plastic toys in their kids' meals. The girls say they were spurred to act after they learned in school about the harm that plastic does to wildlife and the environment.

McDonald's said in a statement, "In the UK over the next six months our Happy Meal promotions will include a mixture of board games, books and soft toys -- which will see an almost 60% reduction in the number of hard plastic toys given away in comparison to the first half of the year."

"We like to go to eat at Burger King and McDonald's, but children only play with the plastic toys they give us for a few minutes before they get thrown away and harm animals and pollute the sea," the two wrote for the petition. "We want anything they give to us to be sustainable so we can protect the planet for us and for future generations.

"After we learned about the environment and pollution in school we wanted to do everything we could to help. We put a poster up in the window of our house about saving the planet and we try and recycle as much as we can. But we want to do more, which is why we started this petition. It's not enough to make recyclable plastic toys -- big, rich companies shouldn't be making toys out of plastic at all."

There are estimated to be more than 150 million metric tons of plastic in the world's oceans, and plastic pollution is responsible for killing over 100,000 sea mammals and over 1 million birds every year, according to the UK government.

Though some companies are starting to take  steps, Ella and Caitlin are urging them to do more, and they're hoping that their petition will make a difference.
Content from CNN